Of Portland, Pandemic, and Protest: The Loss of First-Time Protesters During COVID-19 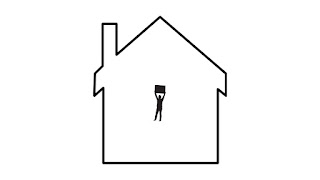 Oregon is known, for better or worse, for its protests. Portland is so synonymous with activism that Portland protests have their own Wikipedia page. Oregon ranks among the top 10 states for protest participation rates. But during the COVID-19 pandemic, the cities of rallies have turned into ghost towns. The Portland Mercury’s resistance and solidarity events calendar is virtually empty. While unified action once meant taking to the streets, these days, it means staying home. Of course, the inability to protest is an immediate concern, as governments are now making sweeping decisions that drastically affect their citizens’ lives. But it also raises a different question: what, if anything, will this hiatus mean for the future of protests in Oregon?

According to Verhulst and Walgrave, protest and participation are a matter of momentum. Once people protest for the first time, subsequent participation becomes easier and more frequent. A great number of factors can prevent people from attending their first protest, but once they have attended one, they are much more likely to continue participating. The authors analyze what convinces people to take that first step.

One major driver of first-time protest participation is the presence of a “new emotional movement,” or a movement that follows a new event or a spike in media coverage. For example, in Amsterdam in 2003, there was a protest against imminent war with Iraq. Over half its attendees were first-time protesters. However, three years later, at another protest against the Iraq war, new attendees only made up a third of the protest. The effects of COVID-19, were they not caused by a contagious virus, would certainly constitute such an event. Mass unemployment, misinformation, corruption, and abuses of power are generally enormous motivation for citizens to protest. However, those who might have made their maiden protest voyage during COVID-19 will not be doing so.

This truth brings with it the potential for long-term damage. The likely enormous time delay between the initial grievance and the ability to protest it may serve to demotivate those who might have protested within a few weeks of the event. Furthermore, it is possible that even when it is safe to return to the streets, the population will be crippled by what the authors call “practical barriers” to protest, including time, resources, childcare, and transportation. While in other circumstances the effects of COVID-19 might have driven a tidal wave of first-time participation, the restrictions imposed by the pandemic may serve as a seawall. The Oregon political climate may see long-term effects from the suffocation of this new generation of political activists, including comparatively lower protest participation, organizational membership, and institutional engagement.

However, there is yet some hope for the would-be first-timers. Verhulst and Walgrave’s analysis indicates that waves of first-time participation follow times of low protest supply. Perhaps when the current protest draught ends, the pent-up energies of long-quarantined people will find outlet in a protest wave that will recover the losses of the pandemic. Perhaps one day, the streets (and ballot boxes) of Oregon will once more fill with the voices of its people, and a pandemic’s worth of new recruits will rally to the cause.