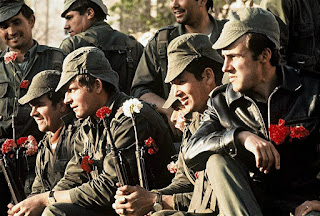 From 1933 to 1974, Portugal languished under the nationalist authoritarian regime of the Estada Novo (New State), a highly conservative and controlling dictatorship that was obsessed with maintaining its colonies in Africa and repressing economic growth and religious freedom in the country, using secret police and prisons to stamp out dissent and control the population. In 1974, the left-wing leaning military marched on the government in Portugal's capitol of Lisbon. They quickly gained the support of the civilian population who marched in the streets with them, and were able to topple the Estada Novo from power without any bloodshed or violence. To symbolize this, at the end of the day they filled their rifle barrels and uniforms with freshly bloomed carnation blossoms, and the day came to be known in history as the Carnation Revolution.

However, the country's transformation from authoritarianism to democracy was hardly a rosy one, and the tumultuous transition took a toll on the country's drinking water supply. Although things were certainly not optimal during the regime itself, access to water services and technologies were poor during the years of provincial governments that followed the fall of the Estada Novo. As the government focused on rebuilding and reunifying the country, municipal wastewater was being discharged back into the lakes and rivers without any treatment, and a great deal of the population had no access to drinkable water. It was not until 1986 with Portugal's entry into the European Community, a precursor to the European Union, that Portugal began a long road to improving its water quality to what it is today by having to meet the EU's strict water quality standards.

Portugal's history is an example of how vulnerable a country's water supply can be during political turmoil and regime change. When a country finds itself in the midst of revolution, clean water can often become an afterthought. 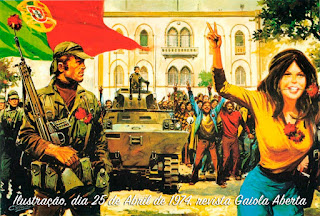