How Do Our Diets Affect Our Water?

The average consumer in the United States requires over two and a half acres of agricultural land for diet sustenance. Vegetarian diets require less than half an acre of land per person each year.

According to the UN, the livestock sector is the largest source of global water pollution. Livestock in the United States alone produce more excrement than five and a half times the world’s human population. There are no animal sewage treatment plants, so manure, containing antibiotics, hormones, pesticides, heavy metals, and protozoa, is piped into open lagoons where harmful substances leach into groundwater. Carbon dioxide, hydrogen sulfide, ammonia, and methane are released from the lagoons into the atmosphere, contributing greatly to greenhouse gasses and acid rain. 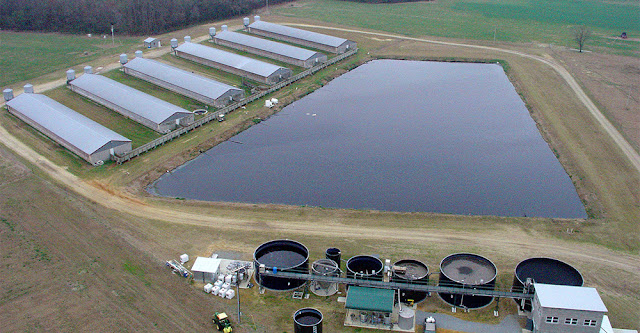 Some of the manure is used to spray over crops, resulting in E. Coli outbreaks from plant food even though E. Coli is an animal pathogen. E. Coli is not the only manure-related danger—animal waste can pass over 40 diseases to humans. When it rains, or when these plant crops are over-watered, the sprayed manure runs off into streams and rivers, or enters the groundwater. 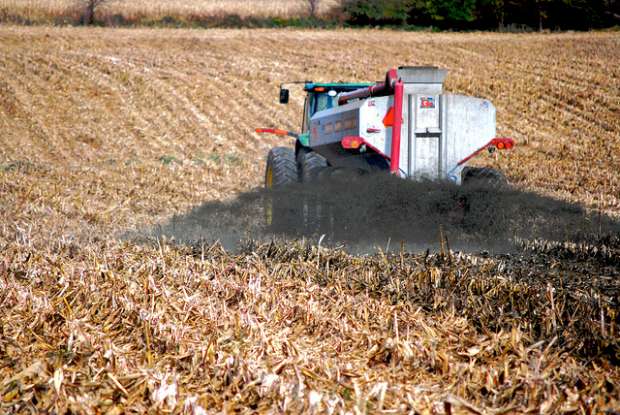 Streams and rivers suffer greatly from animal agriculture. Livestock trample stream and riverbanks, killing vegetation and loosening soil. Banks erode, dirtying the water and harming aquatic life. Livestock manure creates an excess of nutrients in water, leading to algal blooms that deplete oxygen and kill aquatic creatures. In the United States alone, 40 per cent of rivers and streams are impaired. The leading cause is animal agriculture. 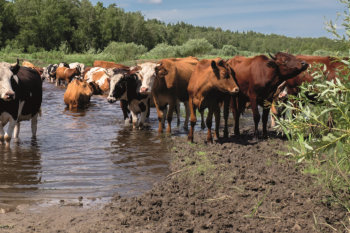 Deforestation is driven largely by animal agriculture. As farmers seek more pastureland, carbon-dioxide absorbing forests are destroyed to make way for livestock. The removal of trees and plants along streams and riverbanks leaves the water without shade. Many species of fish that humans eat require cool water temperatures to survive and reproduce. The removal of trees and shade along the banks of water causes water temperatures to rise, making it impossible for many fish to survive.

One third of the world’s crops are dedicated to producing livestock feed rather than human food. If we were to transition towards plant-based diets, we would reduce the need for pastureland and land used to grow livestock feed. This extra land could be reforested, leading to carbon dioxide absorption and the replenishment of ecosystems and biodiversity.

Although agriculture is the United States’ biggest contributor to water pollution, it often goes unpunished. The Clean Water Act of 1972 left agriculture regulation up to the states—the biggest pollution issue at the time was pollution from industry. Most states have been relaxed towards agricultural operations, offering taxpayer money to help farmers stop pollution rather than fining farmers to deter them from polluting.

HOW CAN WE REDUCE POLLUTION FROM ANIMAL AGRICULTURE?

We can reduce pollution from animal agriculture by reducing the demand for animal products. The fewer animal products we eat, the less livestock is needed, and the less manure-related pollution leaches into our water sources, our atmosphere, and our plant food. 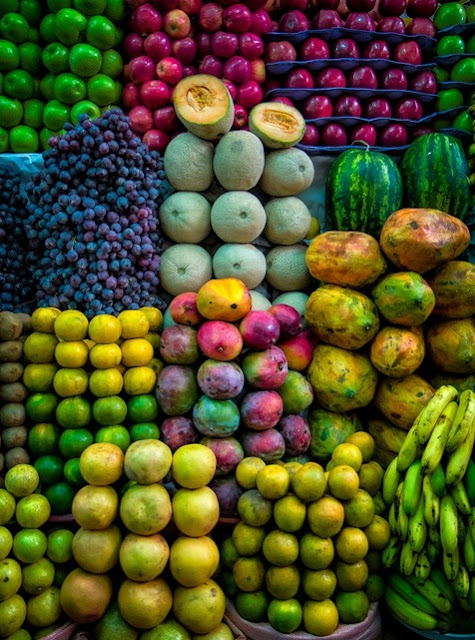 It may not be realistic to ask for a vegan or vegetarian world. Meat is a deep-rooted and important part of many cultures. But if people can reduce their consumption of animal products and choose plant products with more frequency, we would experience a vital decline in greenhouse gas emissions and water pollution, and we would see a much healthier population. People with plant-based diets are less likely to experience coronary heart disease, diabetes, stroke, and cancer.

Our project is working in harmony with water.org to provide access to safe water. We hope “to break the cycle of poverty”, “to protect and save lives”, and “to make a bright future possible for all”: Make A Difference Donation