Indonesia is known to be the country of islands, which is located between the Indian Ocean and the Pacific Ocean. Indonesia has more than 17 thousand islands, which makes water a great source for them, both for living and transport.

Sadly this great source is not treated properly and has its consequences. “Poor sanitation and hygiene cause 50,000 deaths annually in Indonesia, with untreated sewage resulting in over six million tons of human waste being released into inland water bodies…” (2012) 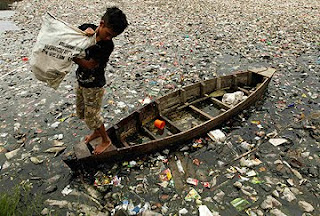 Indonesia’s water pollution issues are the results of lacking access to clean toilets, raw sewage rapid development in the economy but mainly their awareness with hygiene. As a result, they lack access to safe water and roughly 53% of Indonesians obtain their water from sources that are contaminated which expose them to diseases such as worm disease, typhoid, and etc. These are problems we can avoid by helping to prevent it.