Accountability Within the Global Community 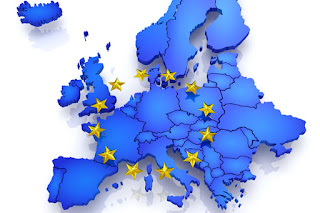 In 1991, the newly formed European Union issued its Urban Waste Water Treatment Directive, a set of regulations for all member states aimed at standardizing drinking water quality across the Europe over the next 15 years. All member countries were given a timeline for bringing their wastewater management services up to certain standards, and had to make wastewater treatment facilities available for certain population levels every 7 years for the next 14 years. This represented a shift in the EU's philosophy from only legislating water quality at its end point of use to legislating for increased water quality at its source. In 1998, the EU released another water quality directive that drinking water in member states must meet a set of strict safety requirements including bacteria and mineral levels as well as specifying the methods to be used to test these levels and were applied immediately to all member states. States that were able to meet the standards would continue to receive financial support from the EU for their water infrastructure needs, while states that did would face legal action and censure, creating a stick and carrot incentives system.

These directives spurred member states whose water was not up standards into action. Portugal's water quality was still in bad shape after the fall of its dictatorship government less than 20 years earlier, and was already struggling to improve its water quality and kicked its current efforts into overdrive in order to meet the standards set out by the new directives. Portugal created a public holdings company, Aguas de Portugal, to take on the task of coordinating its many small and disparate municipalities that separately managed water quality treatment for their parts of the country. Up until then, the municipalities had been too small and disorganized to coordinate with each other to modernize their water treatment facilities, but Aguas de Portugal was able to give them the incentives and leadership needed to begin working together to pool their resources and vastly improve their water treatment facilities. It was a long and difficult process that initially did not meet the timetable set out by the EU's directive, but thanks to support and discipline brought by the EU as well as the country's own innovation, Portugal now has drinking water quality that meets and usually exceeds EU standards and is well on their way to exceptional water quality in its local lakes and rivers.

By being held accountable to a larger global community, countries that would otherwise struggle for decades to improve their water quality may find the motivation they needed to make the hard push required to bring water quality improvements to their country within an acceptable timeline.
Email Post
Labels: story Summer class 2017 water conservation water pollution water quality water.org