Methane and the Near Future 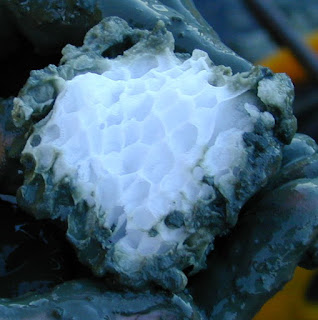 As far as greenhouse gases go, methane is one of the most dangerous, and one of the most underestimated. Looking towards the future, one can see many of the negative possibilities that can result from the currently undisturbed methane emissions just waiting to pour out into the environment.
It has been made quite plain through research that the methane problem is far direr than even the EPA has estimated. Much of the world's methane is concentrated in the form of so-called gas "hydrates," ice-like solids that form from methane and water at cold temperatures and high pressures, for example, deep beneath the ocean floor. According to the US Geological Survey, the total global carbon content of such methane hydrates is estimated to equal some 1,800 gigatons (to be sure, there is considerable uncertainty about this estimate). The amount of methane in the sea floor is thought to be greater than that of all hydrocarbon gases stored in reservoirs on land. A significant amount of the Earth’s methane is currently frozen in ice, and as the effects of global warming cause this ice to melt, they will worsen due to the released methane.

Over time, this released methane will create a snowballing effect, with more released methane releasing more methane, contributing further and further to the damages of global climate change. Pound for pound, the comparative impact of methane on climate change is more than 25 times greater than CO2 over a 100-year period. This compounding effect could prove far more hazardous and irreversible than CO2, the effects of which we’re experiencing as the result of fossil fuel burning a generation ago. The delayed effects of both CO2 and methane indicate that immediate precautions and preventative action must be taken immediately to prevent global climate change from ramping up even higher.