Indoor Air and Your Pets 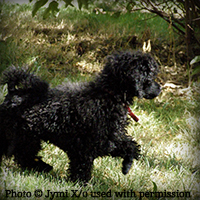 Humans aren't the only ones affected by poor indoor air quality. Tobacco smoke, cleaning products, and other chemicals are making our pets sick, too.

In fact, pets may be more susceptible than humans when it comes to health problems caused by poor air quality. The EPA tells us that indoor air contains up to 5 times as many contaminants as outdoor air, exposing pets (and people) who spend most of their time inside to these pollutants. Not only are most animals more sensitive to particulates in the air (Leigh), but since many of these toxic particles are relatively heavy, they tend to settle in the air closer to the floor -- right where many of our pets walk, play, and sleep. (Mercola)

Poor air quality will cause animals to develop health problems such as respiratory infections, cancer, and heart disease -- just like humans.

Throughout history, people have recognized that animals react to invisible dangers in the environment that humans may not sense right away. For example, many years ago, coal miners would bring canaries into the mines with them to act as a warning signal: when the toxic gasses in the mine reached dangerously unhealthy levels, the bird would sicken and die before the miners felt the effects themselves. A dead bird was a sign for the humans to get out quickly! (O'Brien)

You probably don't live in a coal mine -- but would you wait until your family pet gets sick before cleaning up the air in your house?