Air Quality in the Workplace

When I mention air quality, you might picture the smog in LA or how you can take steps to control the air within your home, but have you considered the environment that you face at work? If you haven't, don't worry. Researchers from Environmental Health Perspectives did the dirty work for you and uncovered a problem that most of us probably hadn't even considered. You see, aside from the harmful physical effects that poor air quality can cause, it has been discovered that poor air quality might have an effect on our mental health as well.

In their paper, researchers wrote of their findings, which included a 61 percent increase in cognitive scores in the office buildings with lower air pollution. When coupled with reduced CO2 levels, the increase in cognitive performance rose 101 percent. The lower air pollution levels were no coincidence. They were found in "well-ventilated 'green' buildings" that were designed to provide reduced pollution.

Of course, the question of outside factors arises. Perhaps the building's design itself provided a more favorable work environment and the cleaner air was an added bonus. Maybe the older, less-ventilated buildings used in the study were drab enough to provide a marked decrease in the participants' motivation. 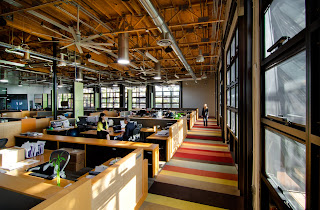 Regardless of the environment's appearance, the study (which viewed the same 24 participants in two different spaces over six work days) brings up a correlation that will be incredibly important moving forward. Air having an effect on cognitive function means companies have a way to improve things like worker efficiency or quality of life - or they can leave buildings "as is" and perhaps sacrifice workplace productivity.